Living on Vancouver Island has it’s challenges and benefits, it’s a really beautiful place to visit. We always welcome visitors, any time to view our yearlings, the farm is really close to the Swartz Bay ferry terminal and the Victoria  International airport. We are happy to pick you up from either place if you are traveling without a vehicle,  just call us at 250 656 8701.

I have had great fun catching video shots of all the horses and learning a lot of new computer stuff. Let me know if you find them helpful when looking at our horses.

We bring our largest consignment ever to this years sale at Thunderbird Show park on September 11th. We believe we have something to suit all budgets and our horses always out perform the statistical norms. Below is the summary of our consignment history since we started breeding for the sale.

The new incentive program at this sale, offering up to $2500 to buyers of BC breds is a welcome help to our breeding industry.

This year we have two that are first foals:
Hip 9:  Filly by Numaany – Charming Silver, By Second in Command

Two out of young mares that we hope are producing our next champions:
Hip 17: Gelding by Second in Command – Danny’s Chant, by Western Trick

Hip 63: Gelding by Second in Command – Reinforcement, by Good Reward

We decided to make our lives a little easier by gelding the 3 colts this spring, as we aren’t getting any younger and we do all our own handling. This year we have enjoyed watching 3 of the 4 Second In Command horses from our 2016 consignment run and win, including Cypress Park. Now a stakes winner after beating last years horse of the year Daz lin Dawn, 100% in the money in 5 starts. Desi now stakes placed in his first try going 1 1/16 . Out of the 2 from our 2017 consignment, Numaanys Reward has already shown his talent in the early baby races.

A filly by Numaany out of the speedy winner Charming Silver, whose full brother Kai’s Command ran 6.5 furlongs in 1.15 and change. Broodmare of the year Chilli Chines is throwing runners and this is the first time she’s been crossed to the A P Indy line, producing a gorgeous athletic individual. 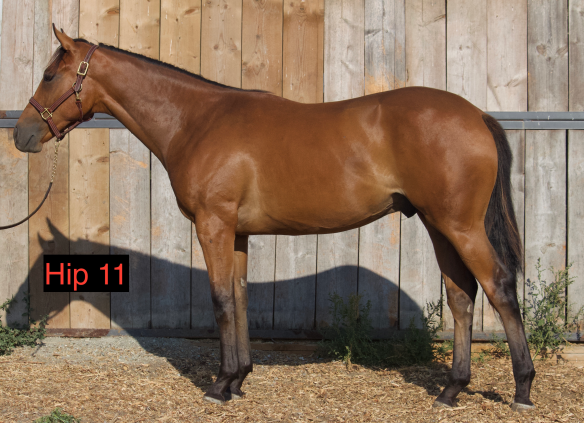 Big Time Louie, the 2nd foal out of the very competitive and speedy Danny’s Chant, her first foal is as yet an unraced 2 yr old by Shrug. The cross of 2 other Western Trick mares to Second In Command has produced  2 Stakes winners Dance the Wind and Brechins Command. 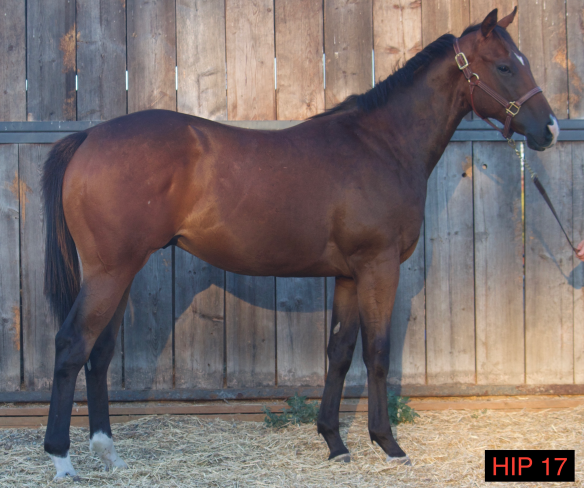 Golden’s Comet, a filly out of the stakes winner Golden Ratio, who won from 2 to 8 years old. The cross of Second In Command to Mr Prospector line broodmares has produced a Longacres Mile winner, Taylors Deal and a Sovereign award nominee in Goldstryke Glory Bobs Buddy,  the 4th foal out of Reinforcement, a 3/4 sister to 6 winners, 4 stakes horses including Champion Holy Nova. Her 2 yr old Numaanys Reward has already run 4 times placing in allowance company. the 3 yr old, Exorbitant makes her first start on Sunday Sept 9th, fingers crossed for this girl. Second In Command consistently produces very competitive runners, our stat sheet on him shows over 50% in the money on almost every one we have bred, many are in the 70 – 100% range. This is why we keep breeding to him, we love watching the horses we breed be so competitive. A full sister to Stanz In Command, champion at 2 & 3, earnings over $150,000 this mature, leggy individual looks just like her champion brother. Another winning brother, Desi, just added  a Stakes Placing to his resume after stretching out for the first time in the Sales Stake. 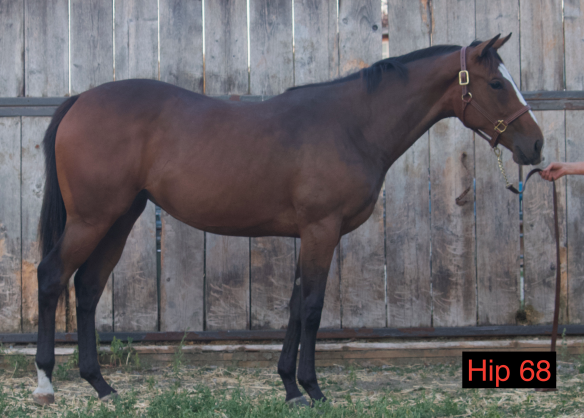